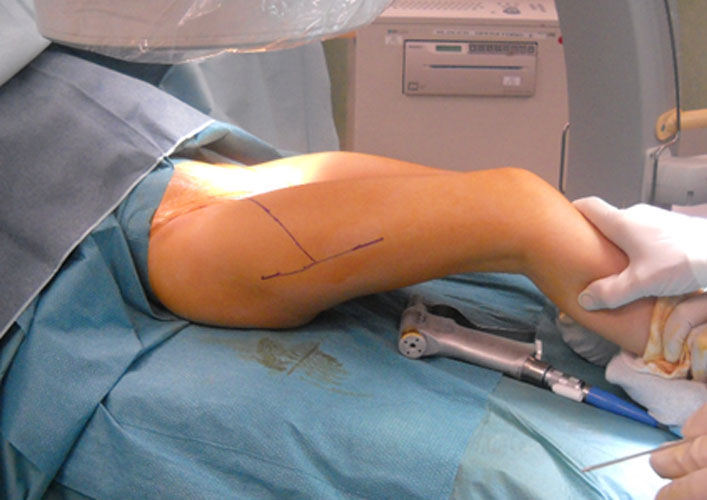 How to prevent Developmental Dysplasia of the hip in cerebral palsy

The results of a research published by prof. Nicola Portinaro and his team in Humanitas

Professor Nicola Portinaro during the 103rd National Congress of the Italian Society of Orthopedics and Traumatology, held in Bari from 9 to 12 November 2018 presented the results of a research never published before by any author, conducted by him between 2007 and 2014, on a surgical procedure to prevent Developmental Dysplasia of the hip.

Developmental dysplasia of the spastic hip (DDSH, Portinaro et al 2007) is the most frequent malformation in Cerebral Palsy.

It is a dislocation which is not present at birth, but that develops progressively over the years and it is due to a number of factors such as spasticity, retraction of muscles, inappropriate muscle control, lack of load and unhealthy posture of patients affected by this condition.

These factors can trigger a process whereby the femur progressively moves away from its socket until complete dislocation, which occurs when the femoral head is completely out of the acetabulum and the two articular surfaces are no longer in contact with each other.

One of the surgical procedure, originally described by Professor Portinaro and his team, to maintain or restore the correct relationships between the femur and the acetabulum, is called temporary medial hemiepiphysiodesis of the proximal femur (TMH-PF). Epiphysiodesis is a surgical procedure that aims to stop or slow the growth of a cartilage.

The surgical technique consists of inserting a cannulated screw into the femoral neck to prevent the femoral head from progressively move out of its natural socket.

During the Congress, Professor Portinaro presented the results of the study he carried out with his team over 7 years, between 2007 and 2014, on 28 patients including 18 males and 17 females.

It should be noted that, according to functional classification Gross Motor Function Classification System (GMFCS) was III in 7 patients, IV in 9 patients and V in 12 patients.

According to this classification:

The mean age of the patients was 7.5 years, with a range between 4 and 11 years. The radiographic assessment were performed in 4 phases: in the preoperative phase and 6, 12 and 60 months after surgery.

X-rays were aimed at measuring some indices that allow to establish the relationships between the femoral head and the acetabulum before surgery and after several year:

This was meant to to demonstrate the effectiveness of the intervention in maintaining the femoral head within the acetabulum.

28 patients were treated with the hemiepiphysiodesis of the proximal femur technique.

In all the patients, surgery allowed to perfectly reach the goal of a total containment of the hip inside the acetabular socket persistent over the years.

The advantages of this unique and never described before intervention are the possibility of performing it in outpatient procedure with an average hospitalization time of 2.30 hours. The patient feels no pain thanks to the minimally invasive–percutaneous surgery and the possibility of immediate loading.

In conclusion, it can be said that the temporary medial hemiepiphysiodesis of the proximal femur (TMH-PF) is an effective method of prevention and treatment for Developmental Dysplasia of the hip patients with Cerebral Palsy, avoiding or delaying major surgeries.